The word Aikido means “the way of harmonizing energy”. Aikido is a Japanese martial art founded by Morihei Ueshiba, O’ Sensei, in the 1920’s. The youngest of the traditional budo arts of Japan, Aikido is nonetheless one that is firmly grounded in ancient disciplines and a timeless philosophy.

Through Aikido training, we learn to use the principles of harmony and circular motion to blend with the energy of an attack that is directed at us. We also develop an awareness of the unity of mind and body to help facilitate our application into our daily stresses with “living calmness”. Our “shugyo” (training) is to carry the feelings of harmony and awareness into our daily lives to allow us to become better people. This is the ultimate goal of Aikido.

Tim Spies began studying Karate at the age of 16. In 1975, he helped found the University of Wisconsin-Madison Japanese Karate Club, which is still in existence today and is the largest sport club on campus. In the early 1980’s Spies Sensei began studying Aikido at the College of Lake County in Grayslake, Il. There he met Mr. Glen Matsuda, Rokudan (6th degree), Shihandai, who has been his instructor ever since. Spies Sensei served as an assistant to Toyoda Shihan, founder of the Aikido Association of America, at Ryoshinkan Aikido Dojo shortly before his passing in 2001.

In 2005, he became the Dojo-Cho of Ryoshinkan Dojo and in 2010 opened Ishinkan Aikido Dojo in Libertyville, Illinois. In 2009, Mr. Spies founded The Aikido Resolutions Foundation, a 501(c)(3) charitable organization that teaches conflict resolution through the study of Aikido. In 2010, he started teaching Cut The Cancer™ to cancer patients and their care givers throughout the Chicago area.

In 2012, the program expanded to monthly classes at several Gilda’s Clubs throughout the United States. Mr. Spies holds a Shodan (1st degree) in Karate and a Yondan (4th degree) in Aikido. 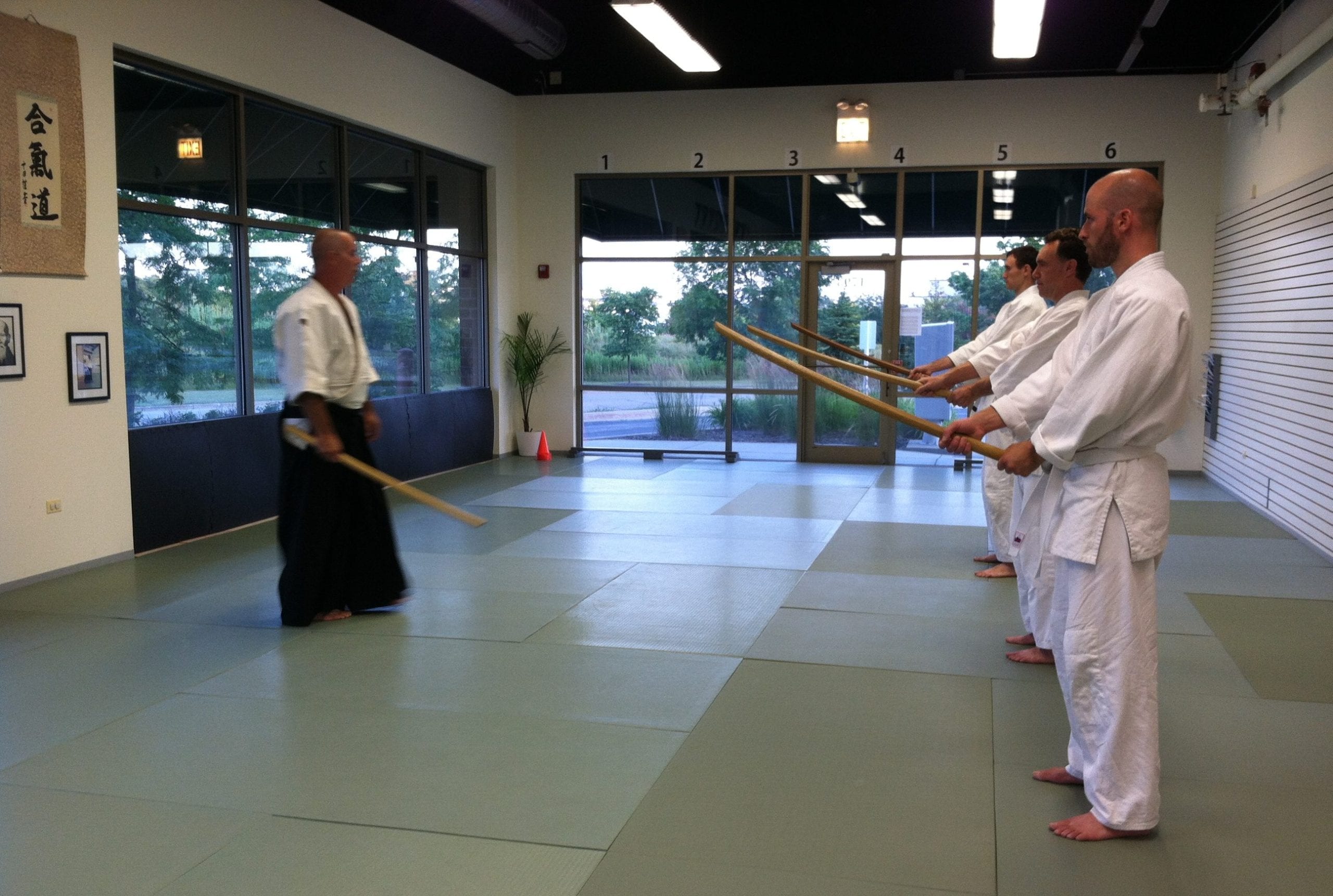